… still fresh in my mind.


I was so excited, this night would be the first night I’d ride solo.

After role call I had reviewed the ‘BOLO’ s (be on the look out) that were issued for the evening to make note of any stolen cars or high profile suspect; I then walked into the sergeants office to get the keys for my police car when I found good ole sarge standing by the door with keys in hand and a smile on his face… he said: ‘you’re riding solo tonight‘.

This meant my probation period was over, and a true full pledged officer of the ‘brown gown’.

As I stepped out through the back doors of the police station parking lot the warm midnight Florida air touched my face and I felt such a surge of excitement.

I was on the 11pm midnight shift. The lighting in the police station parking lot gave the cars a surreal look, like something you’d see in a movie.

I looked for my assigned police car among the row of cars in the lot; once I spotted the car I grabbed my flash light from my hip and inspected the car for any dents, I then opened up the back door and lifted the back seat to make sure that nothing was left behind from any arrests from the previous tour. The air in the car smell foul of armpit and other nasty smell… I looked at the dividing glass that partitions the back seat from the front and noticed what appeared as slimy spit… I made a mental note (must bring glass cleaner next time). I knew that the spit slime would irritate my night peripheral vision – or it could have been just the thought of slime spit suspended on glass in the back of my head was just plain nasty.

The moment was brought back when I heard my squad members beginning to check in with the dispatcher to let her know they were ready for tour (one officer said, “1333- 09”, the dispatcher came back with an assignment). I hurried to load my police reports, law book and night stick. The police car was all mine for the very first time. I settled in and conducted a quick test of my overhead emergency lights to make sure they were working- the reflection of blue and red bounced back at me from the parked cars. Once settled in my seat I turned on the overhead interior light and positioned my clip board with activity log to the right of me that way I could jot things down easier. I reached for the police radio in the center console knowing that once I pressed the microphone it would officially be the first transmission in my non probation status.

I took a second to take the moment in.

Even though I knew the routine and had been doing it for a year… it felt like I was doing it for the first time. I took a deep breath and queued the microphone: “1332 – 09”

I wrote down the location and proceeded to drive into the Carol City ‘zone’. I was proud to wear the brown gown and serve my community, I was proud to wear the silver badge with the eagle, the five point star (indicating we were deputy sheriffs) and the state of Florida insignia. I had my hair up in a bun, my patent leather shoes were shiny from the buff I gave them, on my left ankle I had strapped a beautiful Colt Detective Special (38 six shooter), my 38 caliber Smith & Wesson on my right hip, hand cuffs on my back hip, extra ammunition on my front belt, my police whistle and hand cuff keys hung from my left on my police belt along with my flashlight and nightstick holder, my black notebook for taking notes on the scene was in my back right pocket, my Cross blackball pen in my left front shirt pocket, my bullet proof vest was snuggled to my chest… an open mind and a caring heart – everything I needed to get the job done.

As I approached the address of dispatch I advised the dispatcher of my arrival, and requested a re-transmission of information. The street I came upon had poor lighting, but that was irrelevant I had a job to do. With my left hand I reached for the police car’s flashlight which is positioned next to the left rear view mirror. I flashed the light towards a parked car around the house of the caller/victim, and then I pointed it around the house to see if there was any movement beyond the yard where it was totally dark. I had been dispatched to a burglary to a vehicle… one could never be too cautious.

All excited on my first assignment I walked up to the door of the ‘victim’ to render my aid. A tall heavy set black woman in an over-sized momma’s house-dress opened the door. Those were not pretty words that came from her mouth as she waggled her finger and yelled at me at the top of her voice. She cursed me out along with all of my descendants! She sent me to the deep recesses of hell and she didn’t want me back, (a whole new meaning to the saying: to hell and back — there was no coming back from where this woman sent me). She than took her mighty big heavy arm, took one step back and slammed the door as hard as she could as she continued to yell behind the closed door. My apology bounced off the door as I stood dumb founded listening to the muffled yelling for about 10 seconds before I headed back to my police car.

I sat in my police car, grabbed the police radio: “1332” — I waited for the dispatcher to acknowledge me. “QSL. QSM QTR of original dispatch”. The dispatcher responded, “21:00 hours”.

No wonder the lady had an attitude! Can’t blame her!!! She had called the police reporting someone breaking into her car at 9:00pm!!! —2 and 1/2 hours later the police show up at her door??! Unfortunately at 9:00pm her incident was not high priority — it did not involve an armed suspect nor a shooting or a domestic violence in progress. She did not know that the zone only had 8 police officers protecting it and there had been a couple shootings at 9 pm. which required all the men power that was available.

She could never understand that, (it’s human nature to see “our own individual crisis” as THE crisis) and there is no way to explain that to her – because it was her personal property that needed protecting. She could care less that the police assigned to her zone were busy on a perimeter trying to stop an armed suspect that could potentially end up killing someone.

I just had to stand there and take her verbal abuse. I wore the ‘brown gown’ to dodge the verbal attacks, the anger, the hatred and the frustrations. She could care less that I was a mother, a daughter, a sister or a friend to someone. I was not there when she needed me, I was not there when there was a suspect breaking into her car and taking the radio. I was not there to run him down and make him pay for stealing from her. Her insurance wasn’t going to cover the theft and vandalism, she couldn’t afford it; I wore the ‘brown gown’ and I was suppose to tolerate all the vulgarity, anger and resentment.

I shifted the police car from ‘park’ to ‘drive’ and grabbed the police radio one more time: “1332 report written – 09” — as I slowly drove off and the darkness enveloped my police car, I knew that it would be a long night.

I will never forget my first day out of probation, and my first assignment… and that woman.. and that street. It’s surreal… but it’s there in my head. Some people see that on television… I lived it. I wore the brown gown.

Awakened by the distant sound of a roosters call brought me to my senses as I shifted between the fresh sheets in my mothers house. The morning light gave the 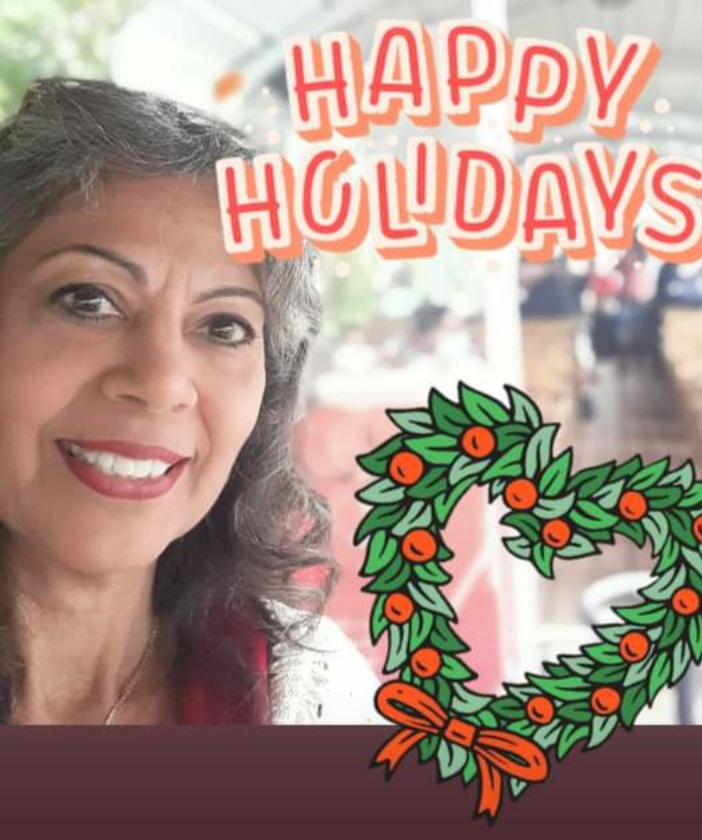 What-a – What-a!! Indeed what a 2020 year it has been. The pandemic and all the political drama that came with it. I will say one thing… if it were 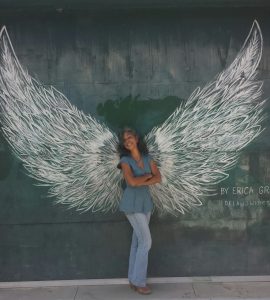